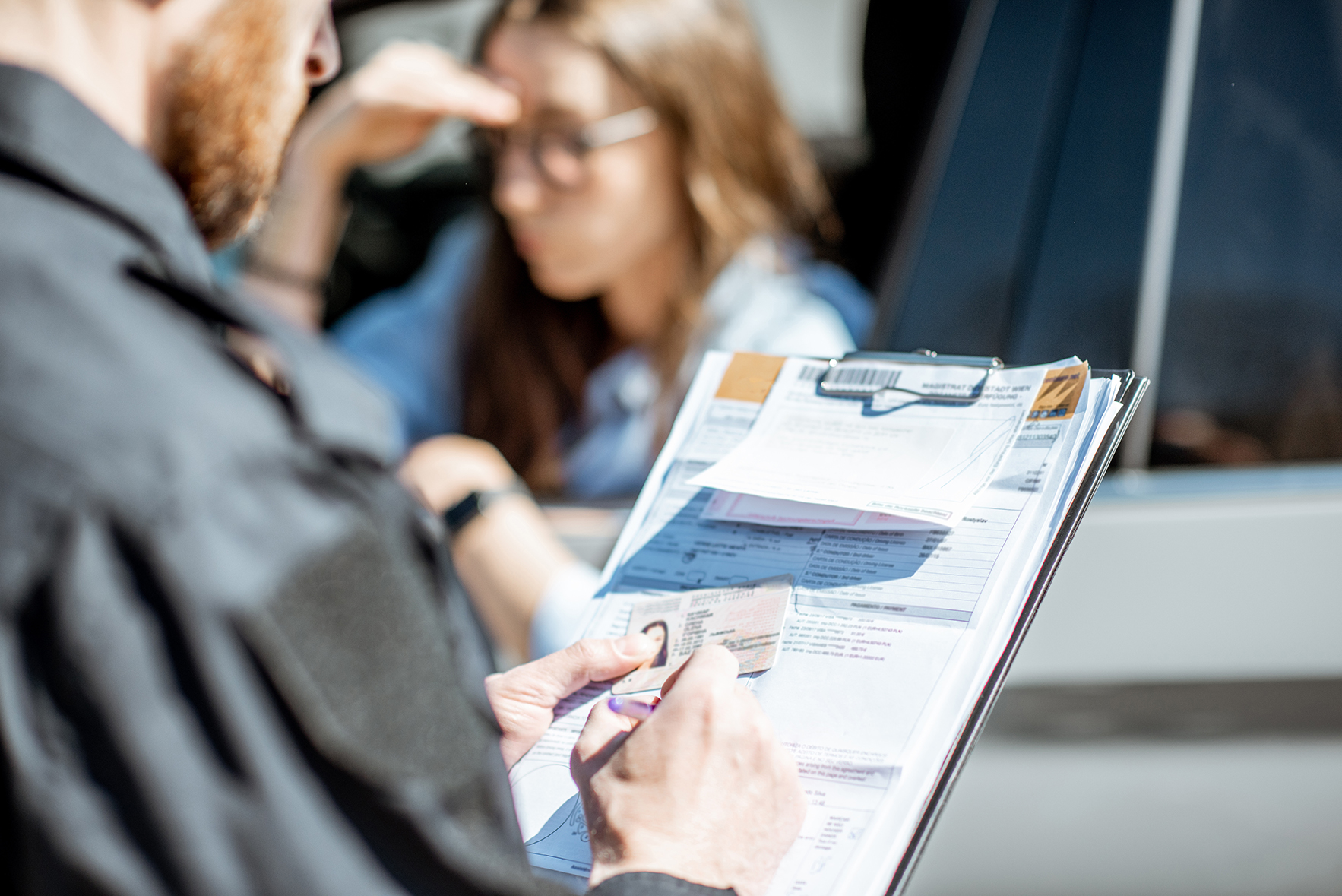 Many of us drive out of state for various reasons – work, school, or even vacation.  If you travel by car enough and the chances increase that you will get a traffic ticket out of your home state at some point.  So, what happens when you do?   Will you have to pay a citation or go to court?  How does an out-of-state ticket affect your driving record?

The answer to all of these questions really depends on the state you live in and the circumstances of each case.  Generally, there will be consequences if you just ignore the ticket and do nothing about it.  And that conviction usually has the same effect as if you committed the offense in your home state.

In the 60’s, several states formed what is called the Driver’s License Compact (DLC).  This agreement (now includes 45 states plus the District of Columbia) allows the states to share driver information with each.

Fines could be doubly expensive.

No matter which state you are from or where you get the ticket, paying the ticket is an admission of guilt.  On top of the fine, you are accepting whatever other consequences each state is willing to level at you, and those consequences can be steep.

Points on your Record

The Driver’s License Company (DLC) allows states to apply fines and points to licenses from other participating states, even if those states do not use a point system.

If you get a ticket in a state that uses a point system, they will almost always end up on your license.  In some cases, you could get points from your home state too.

If both states are in the DLC, the information about the violation will end up on your driving record, which means it is only a matter time before your insurance company finds out.  Once they see that you have pled guilty to a violation, you can expect your rates to go up.

On average, a traffic ticket costs about $150.  Keep in mind, that is just the fine.  Many states have other fees that you are obligated to pay the moment you plead guilty.   Refuse to pay and your license will be suspended!

What Should I do?

If the ticket is for a non-moving violation (ex: parking ticket) or an equipment violation (ex: broken headlight), then your best bet is to just pay the ticket.  In most of these cases, the fines are small and there are no points associated with them.  They are also very unlikely to affect your insurance rates.

If the ticket does means points on your license, you should consider fighting it.  It is possible, in some cases, to negotiate the ticket down to a no-point violation.  But to do this, you have to appear in person on your court date.  If it is not practical to go back to the state in which you received the ticket, you can hire an attorney to represent you.  A lawyer who has experience with such cases can often get out-of-state tickets dismissed altogether. Give Tad Morlan a call for all of your traffic violations!